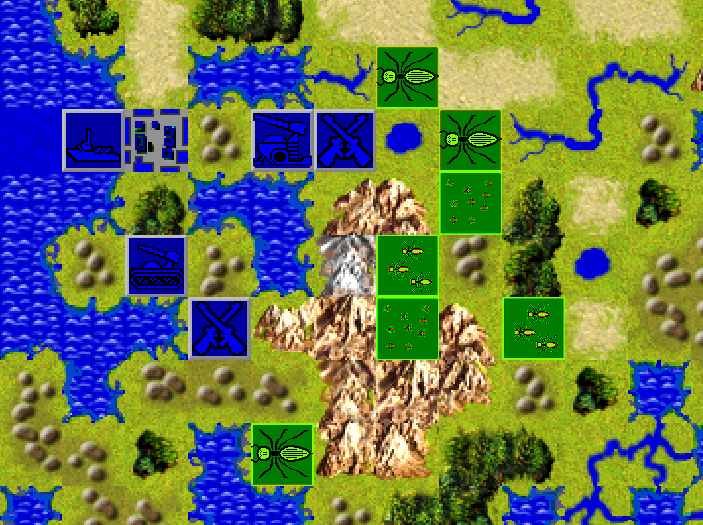 I have build 13 in the oven, but I suspect my schedule is going to get the best of me and I will not get the build fully tested for a release until next week. I am turning my hamster wheel as fast as I can, but as you should know I am a one man shop.

But this got me thinking that I want to give a shout out to some of those that are helping spread the word for the game either through videos, or mods.

First I want to shout out thanks to Das Tactics, who has made some videos of Empire Deluxe. He plays a lot of interesting stuff and I have watched him on several occasions to get a feel for a title. He is quite prolific and it is obviously a labor of love. His channel can be found here: https://www.youtube.com/user/Das24680/featured

And then there have been a couple of series by Time And Tactics, who has an interesting play style and explains a lot of his strategies a his games unfold. He is obviously a huge strategy gaming nerd, like the rest of us! He has some interesting play-throughs of various games here: https://www.youtube.com/channel/UCjRoLbPgX1dMq01Go1FBf6Q/videos

We cannot forget Dr. Matt Barton, of “Matt Chat”. Last year he did an interview with Mark Baldwin, and he has hundreds of episodes interviewing a lot of gaming industry names and such. If you like gaming and have a been a gamer for a while, you definitely want to check him out: https://www.youtube.com/user/blacklily8/videos . You may even learn something about beer.

Then a little while back I mentioned Andrew Young's contribution, which is discussed more in this update: https://killerbeesoftware.itch.io/empire-deluxe-combined-edition/devlog/28144/another-map-and-a-world-viewer

I would like to encourage you to help EDCE along if you can, by talking to your friends about it, making a video, maybe doing a stream, writing a review as to why you like it.

You can also add to the game by sharing a map for us to enjoy, making a mod, or making something else we had not considered. The game thrives on a sharing community.